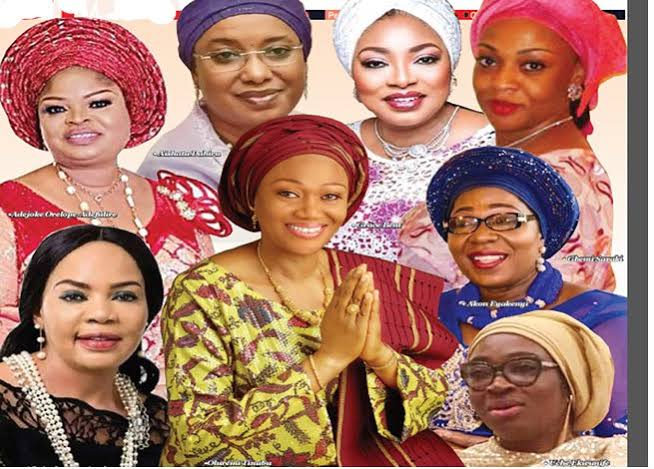 Gender Strategy Advancement International (GSAI), a women-led, gender focused non-profit organization in Nigeria that occupies a unique position in providing both granular and birds eye view on the various social, political, and economic issues that affect women and girls, conducted a baseline study on women’s political participation in Nigeria.

Emphasizing the importance of women, Nigeria is Africa’s most populous country with over estimated population of over 200 million people; 50.8% male and 49.2% female population. Population growth rate is estimated to be 3.2% while the sex ratio is 102 men per 100 women. Nigeria is also unarguably Africa’s largest democracy with over 84 million registered voters. Since the return of democracy to Nigeria in 1999, six election cycles has held. In all these elections, women have been largely marginalized at all levels within the political space with less than 7% of elected female candidates in each election cycle. According to the Inter Parliamentary Union 2019 rankings, Nigeria has one of the lowest rates of women’s legislative representation in Africa, and 139th out of 156 countries in the list of countries with the largest gender gap.

The history of women’s engagement in power and government in Nigeria reveal patterns of disadvantage in gaining access to both elective and appointive positions resulting from carefully orchestrated strategies of exclusion. There are historical evidences that supports the idea of male domination over female in many spheres of human endeavor.

Throughout ages and virtually in all cultures, women were rarely considered equal to men. From the home as daughter, wife, and mother, through the school, office and church as student, employee and worshiper respectively, to the public sphere of life as in business and politics, women are known to have been discriminated, marginalized and dominated through the combination of gender-biased cultural norms and practices which were in favour of men.

African societies, including Nigeria are equally replete with several cultural practices which tend to promote male superiority over the female gender.

The baseline study was conducted to address the following objectives; 1. Assess the barriers that forestall women’s participation in politics and governance, 2. Ascertain the challenges women encounter in pursuit of economic viability, 3. Study the efforts of the Nigerian state toward alleviating the gender gap in Nigeria?, 4. Examine the prospects of women’s inclusion in Nigeria.

Some of the key findings of the Baseline Study are:

Going by the trends and happenings around the political environment in Nigeria, it is becoming clearer that women may never achieve the mandated 30% affirmation as enshrined in the Beijing plan of action except the following recommendations are adhered to:

1. Political parties should create a support network for prospective aspirant by pairing them with established women politicians who will be playing key role as mentors and provide capacity building for young or aspiring female politicians as to enhance and develop them ahead of subsequent elections.

3. To create enabling environment that allows women to engage meaningfully in decision making process in a sustainable and effective way that is free from violence and harassments of any kind.

4. Establishment of legal funds to assist women politicians to challenge electoral malpractices of any form at all levels of political processes.

5. Introducing quota system at all levels of government and Identifying and engaging relevant stakeholders such as Independent National Electoral Commission and political parties to ensure strict adherence to it Politically, women have been relegated to the background, despite the tremendous effort put forward by government and non-governmental organizations following the declaration made at the fourth World Conference on women in Beijing, which advocated 30% affirmative action and National Gender Policy (NGP) recommendation of 35% affirmative action for a more inclusive representation of women both in elective and appointive positions. It is worthy to note that Nigerian women are still being marginalized due to the style of leadership inherent in the country. Despite the challenges women are facing, women activism and advocacy, education of women, positivity on the part of successive governments towards women empowerment and interest of women to participate in politics is getting a lot of positive energy. This is an indication that the participation of women in politics.