How Technology can accelerate financial inclusion for people with disabilities 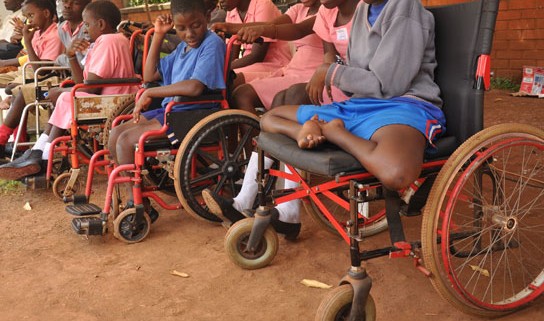 Digital inclusion is the pathway to financial inclusion for persons with disabilities, a recent study by Mastercard, global payments and technology platform states.

According to the study titled ‘Bridging the Disability Gap: An Opportunity to Make a Positive Impact’, persons with disabilities are less likely to own a mobile device and significantly less likely to own a smartphone compared to other populations, making digital financial inclusion tougher.

Umar Hashmi, Vice President, Global Product & Engineering, Mastercard said data show that about a billion people, or 15 percent of the global population, experience a form of disability, constituting the largest minority group in the world.

Financial exclusion is a fallout of disability, potentially affecting access to education, healthcare, and employment, and leading to higher poverty rates. Solutions that cater to the needs of this large but marginalized section of the population are needed.

An analysis of the Mastercard study shows that amongst the number of people with disabilities in selected Middle East and Africa (MEA) countries, Nigeria has the highest at 26.1 million followed by Kenya with 5.4 million, Pakistan has 3.3 million, and Egypt has 2.0 million and Morocco with 1.9 million.Others are Iraq (0.8 million), Jordan (0.3 million), Syria (0.3 million), and Tunisia (0.1 million).

During the COVID-19 pandemic of 2020 and 2021, digitalization of financial services and the acceleration in electronic wallets have been used to deliver the benefits of financial inclusion by distributing financial support, reducing the cost of transactions, and increasing size limits.

Research in select low- and middle-income countries in the Middle East and Africa region shows that despite a large mobile disability gap, widening at each stage of the user’s journey.

For instance, in the United Kingdom, under the Equality Act 2010, banks must provide equal access to all products and services. Also, the UAE enforced a federal law concerning the Rights of People with Disabilities and the State Bank of Pakistan announced a comprehensive policy framework to promote the financial inclusion of persons with disabilities.

“A solution-based approach to financial inclusion of persons with disabilities often relies on government initiatives and mandates. With digitalization as a strategic imperative across countries, national policy and global standards are aligned to mandate accessibility to financial services.