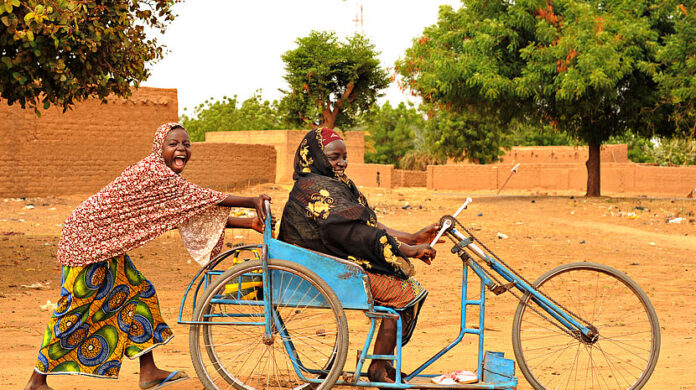 For the first few months of the marriage, things were rosy and the mutual affection was intoxicating. She wished it continued that way till they grow old together. But that was not to be. With a sombre face, 42-year-old Assumpta Khalil, a woman with a disability, narrated her near-death ordeal with her ex-husband, Timothy, who not only battered her physically but assaulted her self-esteem.

Khalil’s right hand was amputated following a fatal car accident in 2000. She met her ex-husband a few years after she became disabled and they were married for two years before she absconded from her home in Lagos without his knowledge.

Despite being pregnant at the time, she was constantly subjected to beating and verbal abuse by her ex-husband.

“When I had issues or arguments with my husband at different times, it would result in him beating me and calling me names like I’m an incomplete woman and saying that I’m an imbecile. And that he doesn’t see any reason he is with me and married to me,” Khalil said.

“Again, when I tried to question why he was always acting that way, it would result in more beating that I had to actually beg for my life. I had to beg him to spare me. This was what I was facing almost on a daily basis.

“I’m happy I left because if I hadn’t, I won’t be here to tell my story. I would have been dead.”

Forty-two-year-old Funmilayo Mobolaji sustained a spinal cord injury due to a car accident in Lagos on March 29, 2005. Since then, she moves around in a wheelchair. But the trauma of being confined to a wheelchair is not as painful as the horrid experience she had with her former partner. He would call her a prostitute whenever other men admired her picture on social media. The emotional and verbal abuse took a toll on her and she decided to quit the affair.

According to her, women with disabilities are often considered weak, worthless and disadvantaged, which increases the risk of experiencing violence.

“I was verbally abused in a relationship; it drained me mentally and physically to the point that I felt I was not good for anything in life,” Mobolaji said.

“It got to a point that when I talked back, he told me I was not submissive, asking who will marry a lady like me. He was fond of saying “don’t you know it is a privilege for me to date someone like you? I am looking at your condition. They say whoever sleeps with a lady in a wheelchair will become rich.” 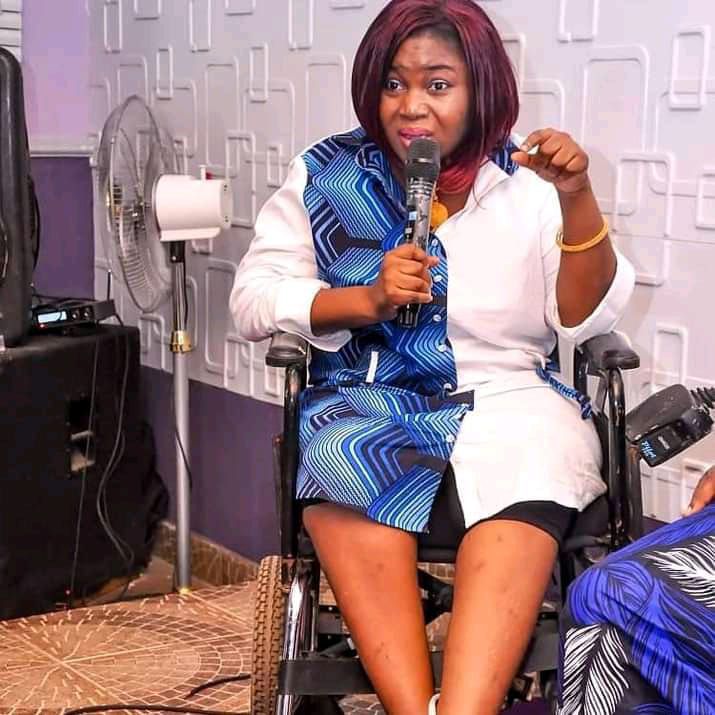 Mobolaji said she had also been subjected to sexual harassment outside her home on several occasions, with men touching her laps and other parts of her body indecently, despite being in a wheelchair.

“I see men asking questions like ‘has it been long since you had sex. When last did you have sex? Let me be helping you sexually’,” she smacked.

GENDER-BASED VIOLENCE AND WOMEN WITH DISABILITIES

According to a study by the European Institute for Gender Study, both women and men experience gender-based violence (GBV), but women and girls are in the majority.

The 2011 World Report on Disability says over 25 million people have at least one disability in Nigeria, which could be visual, hearing, physical, intellectual, or communication. While there are several women and girls with disabilities living in the country, it is unclear what their population is.

Studies have shown that women and girls with disabilities suffer different forms of GBV, which is compounded by the discrimination they experience. According to a 2018 United Nations Population Fund (UNFPA) global study on GBV, girls and young women with disabilities are far more vulnerable to violence than their peers without disabilities.

“Moreover, for young women and girls with disabilities, domestic and sexual violence are experienced both as gendered oppression and disabling violence,” the report reads in part.

Also, the Nigeria Demographic Health Survey (NDHS 2013) indicates that 28 percent of women in Nigeria, between the ages of 15 and 49, have experienced some form of physical or sexual violence.

According to Khalil, women with disabilities experience a heightened form of cultural pressure from family members and are often seen as undeserving of a good marriage.

“This abuse starts from the immediate family. My mum conspired with my ex-husband to take my first child away from me,” Khalil said.

“They insisted that I must be there, that marriage has to be managed, and that I remain there and keep bearing all that I was going through. I had the option of sitting in that abusive marriage when I was pregnant for the second. But I left.”

Several laws in Nigeria, such as the Violence Against Persons Prohibition Act, 2015 (VAPP), and the Protection Against Domestic Violence Law, 2007 (PADVL), frown against gender and sexual-based violence.

Khalil, however, said she did not attempt to report her abusive ex-husband to the police due to family pressure.

“I didn’t seek justice because I was afraid of what the society, the family, and the people would say. They would see me as an irresponsible wife, as someone who is not respectful enough to her husband,” she said.

“Even when you go to the station to make a report, the officers there will say you should be grateful that somebody even married you.”

She was rescued from her ex-husband by concerned neighbours who raised money for her to leave the house.

The 2013 NDHS survey stated that almost 45 percent of the women who had experienced violence in Nigeria never sought help or told anyone about the incident.

For women with disabilities, several barriers hinder them from seeking help, including stigmatisation and the absence of inclusive care centres.

IS THE POLICE HELPING MATTERS?

This reporter contacted the Nigerian Police Force (NPF) on efforts to make special allowances for persons with disabilities, especially those who want to report gender-based violence.

Muyiwa Adejobi, the acting spokesperson for the force, said there are disability desks in police commands in different states, although such desks are not available at all police stations.

“We have disability desks across our formations in the police and we are working with the National Commission for People with Disability on the training of the DDOs,” Adejobi said.

“Persons with disability are to be reckoned with, have access to all our formations and enjoy a lot of privileges whenever they visit.”

Ngozi Ogbolu, a gender lawyer, said the culture of silence toward GBV in Nigeria is a major reason the crime keeps being perpetrated.

“Once there is a culture of silence, there is a tendency for the violence to continue because they know people will not talk about it and that is the reason for emotional violence,” Ogbolu said.

“Because of the society we are in, especially the women who are married and being told not to report their husbands to the police and the family will say you want to break the marriage. Also, when the spouses abuse their daughters, they will see it as taboo to report. Let’s live with it, it is a mistake, the work of the devil and all that.”

Ogbolu, who is the former chairperson of the International Federation of Women Lawyers, Lagos chapter, said the police are not adequately trained to handle GBV matters, and the administration of the criminal justice system in Nigeria is still lacking.

She added that the creation of more specialised courts and empowerment of the police to handle GBV matters will go a long way in helping the victims.

David Anyaele, executive director of the Centre for Citizens with Disabilities (CCD), said the organisation provides free legal aid, counselling and support for victims of GBV.

“Beyond legal aid, we also provide them with the necessary support to handle the situation better. We partner with organisations that have specialists in that area to help victims out,” he said.

Anyaele added that there are legal frameworks that protect women and girls with disabilities from GBV, such as the Discrimination Against Persons with Disability Prohibition Act (2018).