In The Throes Of Abuse: How Women With Disabilities Suffer Intimate Partner Violence 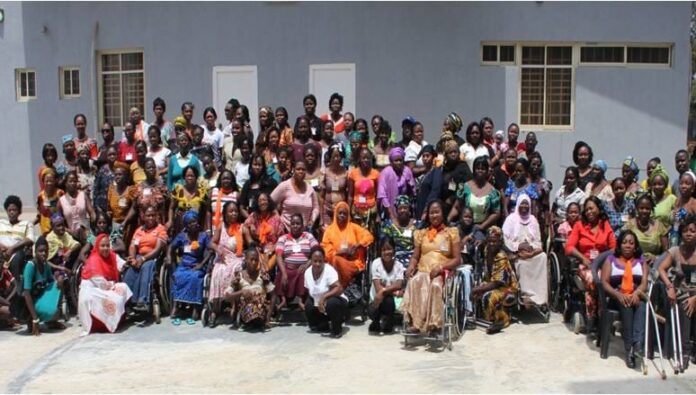 Contrary to beliefs that women with disabilities cannot be abused, this vulnerable community has grim stories to tell, writes Tomisin Adeyefa.

Yemisi Isado, hearing impaired, didn’t have any qualms tying the nuptial knot with a man suffering the same disability as she did some 22 years ago. She was 24 then. But trouble began when he turned her into a punching bag at the slightest provocation. “He would beat me in the house and even in public glare for twenty years,” Yemisi who is now a 47-year-old recounted.

“He is so jealous and must not see me greet any man or make friends even with neighbours, otherwise he will beat me and strip me naked there and then,” the fish farmer added.

Yemisi succumbed to family pressure not to ditch the marriage despite losing her front tooth to one of her husband’s incessant battering. “I endured the beating and forced sexual intercourse for twenty years because my mother kept telling me I must not leave the marriage.”

Yemisi’s mother appeared to be worried that her deaf daughter might not find another man again if she abandons the troubled union where Yemisi suffered three miscarriages while the physical assaults lasted. “But my daughter had no option than to invite the police the last time he beat me and I fainted,” Yemisi told this reporter.

She narrated that her blood pressure spiked and came down with depression too. “So, I had to leave with my daughter eventually because I love my life, and I don’t want to die.”

Out of the troubled union already, Yemisi, who is also the Chairman of the Deaf Women Association of Nigeria (DWAN) in Lagos State, now invests her time on her fish farming and advocacy for equal opportunities for the throng of hearing-impaired women in Lagos.

Research suggests that women with disabilities are more likely to experience domestic violence, emotional abuse, and sexual assault than their non-disabled counterparts. And to further exacerbate the experience, this community is left with little or no option to report the abuse, in part because they depend on their abusers for their care or because they are not informed about where to get help.

Abimbola Binutu perfectly exemplifies these realities in many ways. Hearing impaired and married to a man with auditory disability as well, she would rather keep mum and endure the physical, psychological and emotional torments of her marriage for seven years without any form of protection.

“He beat me for seven years,” she recounted, “he will not take care of me or even help me with house chores despite giving birth to a set of twins through caesarian operation.”

Living in the same house with her mother-in-law didn’t offer Abimbola a succour either. “She is always supporting her son because he is the only child. If I complain, she will tell me not to because I am living in a free house and feeding from her, so I should work and not ask her son to help me,” she narrated.