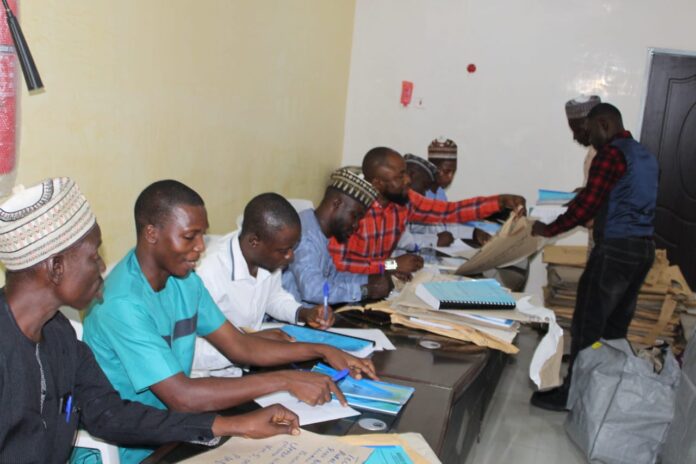 The Upper Niger River Basin Development Authority (UNRBDA) says it has trained 120 women and youths with disabilities in various skills with a view to empowering them for self-reliance.

Head of Gender and Human Rights Unit of the Authority, Mrs Habiba Awwal, said this when she received a team of the agency’s union members led by its Chairman, Mr Saad Hassan at the empowerment centre in Minna.

Awwal maintained that the action was in line with President Muhammadu Buhari’s pronouncement that his administration would leave no stone unturned in creating jobs for Nigerians.

She, however, said that the programme was recently approved by the management of the authority as well as Gender and Human Rights Unit of the agency.

Awwal expressed satisfaction with the outcome of various sub units for successfully impacting positively on the trainees to produce variety of items which would go a long way in making them self-reliant.

The Head of Gender and Human Right Unit quoted some of the beneficiaries to have been saying that in spite of some challenges, they were making little profit from their undertakings.

Similarly the Upper Niger River Basin Development Authority has said that probity and accountability would continue to be its guiding principle in the award of contracts at all times.

Executive Director of the Agency, Alhaji Abdullahi Dankande, announced this at the opening of bid for the execution of various projects to achieve meaningful results. NNN