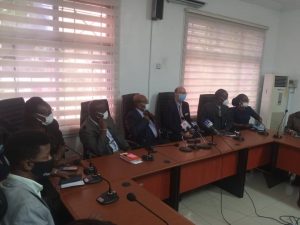 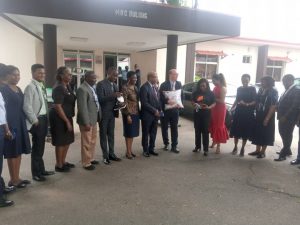 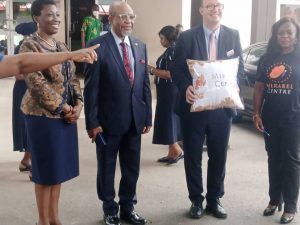 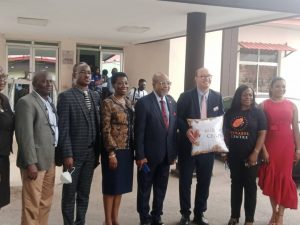 A ceremony to commemorate the unveiling was held on Thursday at the office of the chief medical director of the Lagos State University teaching hospital in Ikeja.

The British deputy high commissioner to Nigeria, Ben Llewellyn-Jones said the duchess was delighted to become Patron of the Mirabel Centre in Lagos. It is a genuinely groundbreaking organization, acknowledging that the body contributes significantly to assisting survivors of rape and sexual assault as they seek recovery and justice.

Welcoming the Duchess into the organisation, the Advisory Board Chairman of Partnership for Justice, Professor Ayo Atsenuwa, and founder of the Centre Itoro Eze-Anaba described the partnership as momentous.

They also noted that there had been an increase in survivors of sexual violence and expressed hope that the backing of the Duchess would positively impact sexual and gender-based violence in Nigeria.

The Chief Medical Director of LASUTH, Prof Fabanwo also noted that this partnership will help on addressing under-reporting of sexual assault cases.

The Mirabel Centre was founded in July 2013 to support survivors of sexual violence, including persons with disabilities.

It is Nigeria’s first SARC Centre and has provided free medical services to over six thousand survivors since its inception.

According to the founder, their youngest survivor is a 3-month-old baby and the oldest, an 80-year-old woman. (TVC News)

How to Login to N-Power Portal