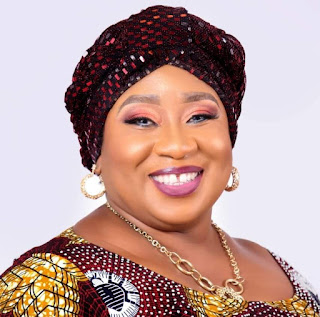 The staffers of the Imo State Ministry of Women Affairs and Vulnerable Groups  scampered for their safety in the mid hours of Friday 13th January,2023 when persons with disabilities under the aegis of Joint National Association of Persons With Disabilities, JONAPWD stormed the Ministry threatening to stop the Presidential rally of the All Progressives Congress, APC scheduled to hold in Owerri on Tuesday next week.

The rampaging special citizens entered the Ministry in “commando” style invading the Commissioner and Permanent Secretary’s  offices with bags of gari which they scattered and poured inside their offices and along the lobby.

However, the physically challenged people could not see any of the senior staff of the Ministry so as to officially lay their complain, but spotted a woman(name with held) whom they asked to tell the Commissioner and Permanent Secretary that they have returned gari,wheat and corn given to them as Christmas largesse by Imo State Government.

On their way leaving the office,they saw a black Prado Jeep parking at the Commissioner’s official car park,they started pouring the remaining gari on the roof and round body of the SUV Jeep.

Luckily, nobody was inside the vehicle as it was assumed to had been abandoned by the Commissioner and ran for her dear life.

Meanwhile, the spokesman of the protesting disabled persons,Mr. Emeka Nwocha who identified himself as the Imo State Secretary-General of JONAPWD stated that the Commissioner for Women Affairs and Vulnerable Groups,Mrs. Nkechi Ugwu  and her Permanent Secretary have not been representing them well.

Mr. Nwocha wondered why Imo State Government should donate garri,wheat and corn to them as Christmas largesse whereas it donated trailer loads of rice to civil servants, party men and its appointees.

So, managing a person with disability is very expressive. 95% of the needs of those with disabilities should be provided by government. While parents should cater for the remaining 5%. The reverse is the case in Imo State. Government cares for our colleagues in Enugu, Anambra, Abia, Bayelsa and other states. How can Imo State Government gave us 7 bags of garri,4 bags of Wheat and 4 bags of corn as Christmas gift?. These items came from the Ministry of Women Affairs and Vulnerable Groups through the Commissioner and her Permanent Secretary”.

“We said no to rotten garri, and we are ready to go home hungry than to eat food poison. Corporate organization always donate food and other household items through the Ministry, but what we normally see is peanut. We learnt that Agip and NDDC have donated food items to us, but we have not seen anything. Government failed to sponsor our national convention and International day for persons with disabilities last year December as it promised.

We have instructed our leaders within the 27 LGAs of the State to mobilize at least two 18seater buses each to halt Tinubu’s visit to Imo State on Tuesday if nothing is done to arrest our demands before Monday. I know that Government will military personnel, police and other security operatives to intimidate us, but we are ready to resist them through the power of the Almighty God”, he insisted.

Several cellphone calls put across the Commissioner to ascertain her own side of the story proved abortive as her phone rang without response.