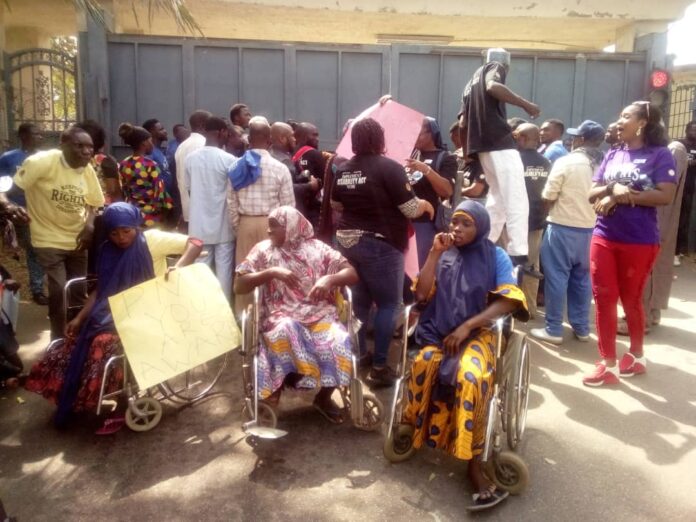 Women and girls with Disabilities have called on Ebonyi State Government to, as a matter of urgency, domesticate the National Disability Act.

They made the appeal during a three-day training on access to justice for women and girls with disabilities against sexual and gender-based violence organised by a civil society organisation, Women Rights and Health project (WRAHP), with funding from African Women Development Fund (AWDF) in Ebonyi.

According to them, the high level of deprivation, discrimination, neglect and stigmatisation, violence, rape and other forms of sexual harassment often meted on them by the abled public have left many of them dead.

They, however, noted that with the domestication of the Disability Act, appropriate authorities would prosecute violators of their rights in accordance with extant laws.

Narrating her ordeal, one of the participants, a Masters degree student with disability, Nelly Ifeanyi, said she missed most of her lectures because they were often held in the upper floors of storey buildings or in elevated floors without ramps.

Ifeanyi said: “People neglect us; it is not everybody that accepts people with disabilities.

“This has really affected me emotionally and psychologically, such that it has deprived me of certain feats I could have attained.

It has not been easy from childhood, but I was determined to make it, with the support of my family.

“When I started my Ms.c programme in Ebonyi, I always complained to my lecturers about constant up-floor lectures and I will often be ignored.

“But I continued persistently with the department, threatening to withdraw my school fees before they started addressing my concerns.”

“But in my graduate years, I suffered greatly because I hadn’t such boldness.”