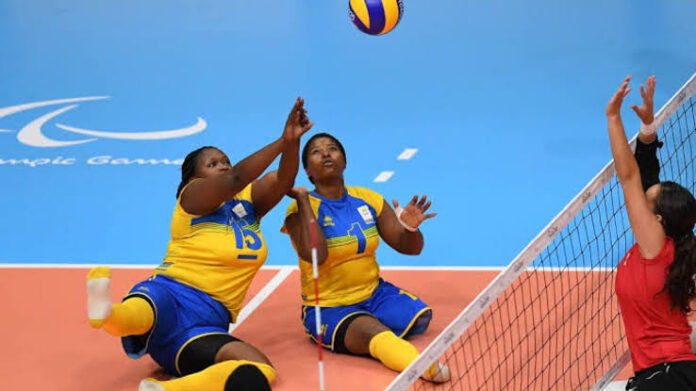 Lagos is set to score another first by hosting the maiden Legacy Sitting Volleyball Championship at the Indoor Sports Hall of Teslim Balogun Stadium, Surulere. The event starts tomorrow.

Johnson said the championship is an invitational tournament and first of its kind billed to help develop sitting/paravolley sport in Nigeria. Director of Para Sports Department, Ministry of Youth and Sports Development, Peter Nelson, also said the championship is a meaningful developmental process towards popularising sitting/paravolleying, amongst other para-sports. He also applauded the sponsors for supporting sitting volleyball.

“This tournament will create an opportunity for reuniting and interaction among stakeholders and unveiling of the new Nigeria Paravolley Federation Referee Association, the Nigeria ParaVolley Coaches Association and other tools that will keep the federation working.

“Interestingly, the three invited teams from states’ sitting volleyball associations from Kaduna, Bayelsa and Lagos have reassured the federation of their participation in the maiden edition,” he said.

Chairman of Legacy Volleyball Club, Lagos and board member, Lagos State Volleyball Association, Kayode Ladele, promised that the backlog of four years unpaid yearly affiliation subscription fees of category “C” worth Euro 220 per year, would be offset. He said this would enable Nigeria regain financial membership with World ParaVolley for Team Nigeria paravolley to participate in international/world championship.

“This is new hope at resuscitating our enviable sport with frequent lines of both local and international events,” he said.

According to him, the aim of the organisers is to further promote the sport like other sports. “The championship will help build a formidable team that will represent the state at both national and international tournaments.

“Sitting volleyball is not a new game, but just finding its feet in Nigeria. The sport has been in existence for a long time; it requires almost the same techniques as the normal volleyball, except that the game is played by the physically-challenged persons,” he added.

Participating teams are expected to arrive in Lagos today, while competition proper starts tomorrow and ends on June 18 at the Indoor Sports Hall of the National Stadium, Surulere.