IFA wants mobile courts for on spot prosecution of vote-buyers 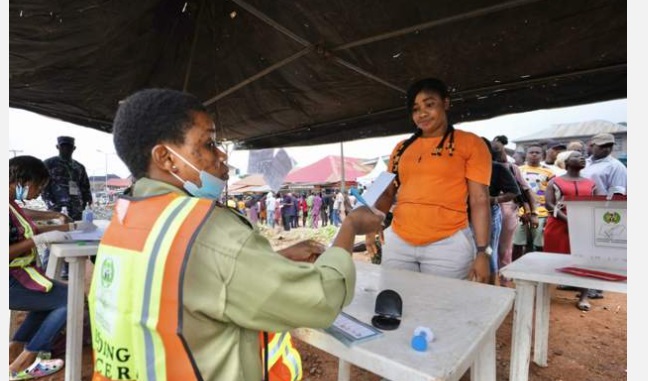 Inclusive Friends Association(IFA), a Non Government Organization (NGO) has called for a mobile court for on-the-spot trial and prosecution of individuals engaged in vote-buying during elections in Nigeria.

Executive Director, IFA,Grace Jerry and Convener of Access Nigeria Campaign said this in a statement on Sunday in Abuja, saying that the measure would serve as a deterrent for other citizens.

Jerry said that the group deployed observers to monitor the Ekiti governorship election under its Access Nigeria: Disability Votes Matter Campaign, a disability rights movement led by the Inclusive Friends Association for Persons With Disabilities (PWDs).

“It was difficult for voters with disabilities to enter the polling units to participate in accreditation and voting.

” This was largely due to barriers like corridors and steps. Similarly, the location of the ballot boxes made it difficult for voters with disabilities to participate independently.

“The height of the ballot box was not suitable for voters with disabilities, particularly for those who used wheelchairs at most polling units observed,” she said.

Jerry added:“Form EC 40H was available at all polling units observed by the Access Nigeria Observers to collect data on voters with disabilities who voted on Election Day.

“However, the usability of the form by Polling Officials was not effective.”

She said that based on the findings of the group, some recommendations to ensure voters with disabilities continued to participate in Nigeria’s political and electoral processes were made.

She added that INEC should also strengthen the training of regular and ad hoc staff to effectively administer accessible Election Day materials and accommodations for voters with disabilities.

She also urged INEC to continue to engage and consult with the disability community, including IFA, to identify areas to be improved for more inclusive electoral processes.

“The Access Nigeria Campaign calls on the federal and state governments to work with various agencies and the private sector to ensure that public buildings are built and renovated by the 2023 deadline.

“This is to accommodate PWDs in their daily life following the provisions of the Discrimination Against Persons with Disabilities (Prohibition) Act of 2018,” she said.

Jerry urged the National Assembly to ensure that the executive implemented specific sections of the Discrimination Against Persons with Disability Act 2018 through effective legislative oversight.

She urged the National Assembly to also perform its oversight functions of INEC to ensure that all measures for accessibility are implemented in line with the Discrimination Against Persons with Disability Act 2018.

She called on media executives to consider disability inclusion in their broadcast and news production to promote inclusive practices in Nigeria including the consistent utilisation of sign language interpretation.

She also urged the media to conduct voter education to compliment the efforts of others organisations in promoting the participation of PWDs in Nigeria’s electoral and political processes.