Your brain under attack – everything you need to know about strokes 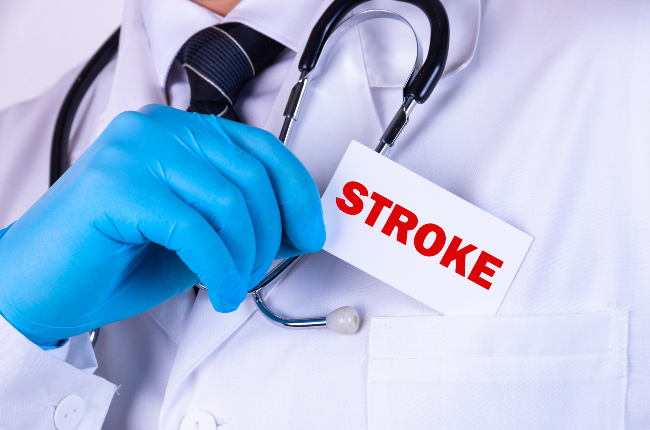 She’s being treated and is in high spirits. Drum looks at what a stroke is and how it affects your body.

A stroke can cause a lot of damage, depending on where it happens in the brain. It can affect your body, mobility and speech, as well as how you think and feel.

They’re very common and around 240 people a day suffer a stroke in South Africa, according to The Heart and Stroke Foundation SA, and of those around 70 people die.

Some people who survive a stroke recover fully, but there are many who are left with lasting disabilities. Strokes not only affect the survivor’s ability to live a normal life, but can also have devastating consequences for their loved ones.

The good news is there are things you can do to prevent a stroke, and it’s also possible to minimise the damage if you recognise the symptoms quickly enough and get medical help.

It occurs when the blood supply to the brain is interrupted. One of the arteries carrying oxygen and nutrients to a certain part of the brain suddenly becomes blocked or bursts and that part doesn’t receive the blood it needs. Professor Pamela Naidoo, CEO of The Heart and Stroke Foundation SA, defines a stroke as a brain attack.

Once the flow of blood and oxygen is blocked, brain cells are damaged or die, she explains. During a stroke, parts of the brain may be permanently damaged, causing the person to experience the symptoms of a stroke. There are different types of strokes, large, small, temporary or permanent.

“Temporary strokes are usually due to the blockage of lesser blood vessels in the furthest part of the brain, and are known as transient ischemic attacks (TIA), which causes local brain damage but with full recovery,” says Joburg-based neurosurgeon Dr Jacob Willem Earle.

“The larger events may cause brain damage due to a lack of blood flow or internal brain haemorrhage of varying degrees. Larger strokes may lead to more extensive brain damage, which could be permanent or even cause death.”

Anyone can get a stroke, regardless of their age, gender and race.

Indicators can be barely noticeable. If you do get an early warning sign, it’s most often in the form of mild dizziness or a brief loss of consciousness.

“The person suffering a stroke might experience a slight change to their speech but recover quickly, or weakness of the hand or leg mostly on the same side,” Dr Earle says.

“These come on without warning and disappear as quickly.” Prof Naidoo says a stroke can be deadly and urges you to act fast if you suspect someone is having one.

“Don’t delay in dealing with a stroke and getting the person to an emergency health facility. Delays can result in death and disability,” she says.

Remember the word FAST. It’s not just about acting with a sense of urgency. It’s also a way to remember what you need to look out for to identify whether someone has had a stroke.

F is for face–onesideoftheface droops. Ask the person to show their teeth or smile and see if one side droops or doesn’t move as well as the other side.

A is for arms – a sufferer may become weak in one of their arms. Ask them to lift both arms up in front of them and keep them raised horizontally, and see if one arm drifts downward when ex­ tended.

S is for speech – a sufferer may mumble or be unable to speak clearly. Ask the person to repeat a short sentence of five or six words.

T is for time – you need to act quickly and get the person to an emergency care facility immediately.

LIFE AFTER A STROKE

Treatment will depend on the type of stroke, Prof Naidoo says. For example, when it’s caused by a blockage from a blood clot, medication is given to dis­ solve the blood clot.

And in a case where a stroke is caused by a bleeding artery, surgery will be needed to repair the damaged artery. Either way, a stroke can take a huge toll on a sufferer’s life, as well as the lives of those around them. ‘Larger strokes may lead to more extensive brain damage, which could be permanent’

Once you’ve had a stroke, you might have to relearn what you lost due to the brain damage. The effects of a stroke can include the following:

Learning problems – there can be difficulties in speaking, reading, writing or understan­ ding speech.

Memory problems – there can be memory loss.

Impaired vision – this can include blurred vision, double vision, sudden visual loss or temporary loss of vision in one eye.

Paralysis – a stroke may damage one or both sides of the body.

Difficulty balancing – a stroke can result in fati­ gue, light­headedness, vertigo or unsteadiness, causing a sufferer to fall often.

Emotional distress – a stroke can result in a loss of emotional control and can lead to depression, feelings of worthlessness and loss of confidence. The road to recovery is different for everyone – it can take a few years for some to recover and several years for others. You can’t cure the brain damage that has occurred, but you can embark on rehabilitation to help you regain as much independence as possible.

Treatment will probably include anti­ clot medication for the rest of your life. Rehabilitation will be personalised to the individual and may involve a variety of medical professionals.

“You’ll probably need physiotherapy and occupational therapy,” Prof Naidoo says. “These can help you recover from the disability and regain a measure of control that was lost with the stroke.”

Some simple lifestyle adjustments are all you need to minimise your chances of having a stroke.

Know your personal risk factors for stroke. Your risk is higher if you have high blood pressure, diabetes, elevated cholesterol and atrial fibrillation (irregular heartbeat) or are obese. Control or manage these conditions in conjunction with your doctor. You’ll lower your risk if you engage in physical activity every day. Eat a healthy diet.

Although their symptoms and effects can be similar, strokes and heart attacks are two different medical problems.

Both are vascular events, meaning they involve the blood vessels, and the arteries in particular. However, both condi­tions can lead to disability and death.

A heart attack occurs when blood flow to a part of the heart is blocked, usually by a blood clot. Without oxygenated blood, the heart muscle begins to die.

A stroke is a brain attack, cutting off vital blood flow and oxygen to the brain. Strokes happen when a blood vessel feeding the brain gets clogged or bursts.

A common symptom of a stroke is a sud­ den and powerful headache, which is why it’s referred to as a brain attack.

A heart attack often, but not always, occurs with chest pain. DRUM