HomeNEWS"There is a need to take care of today in order to...
NEWS

“There is a need to take care of today in order to create a better tomorrow for the next generation”–ES, NCPWD James Lalu 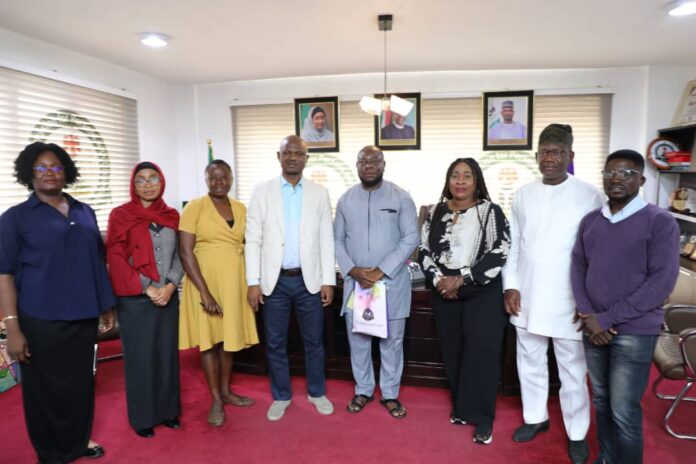 The Executive Secretary National Commission for Persons with Disabilities Mr. James David Lalu has said that it lies on the privileged persons in the Society to create exemplary leadership and to suffer not the next generation of Nigerians to experience hardships and disagreeable health situations of the mind and body.

In a press release signed by Mbanefo JohnMichael, I, the head of Media and Publicity Unit, NCPWD, Lalu made this plea today 9th August, 2022 in his office while receiving in audience a delegation from Dynamic Prosthetic Orthotics/Arise and Walk, a Christian Ministry who were in his office on a courtesy visit.

Speaking further, the ES expressed the Commission’s willingness to partner with the Group in order to lend its voice in advocacy to help minimized casualties and despairs some PWDs go through in the cause of their predicaments especially Amputees who have no functional prosthetics.“

I understand that most Amputees have issues getting back to the society after their mishaps, some refuse to allow their limbs amputated and sometimes die of depression” the ES observed.

He stated that the Commission will fully participate at the proposed conference being organized by the Group in Jos, Plateau State in order to feel first hand the pulse of these group of PWDs and to lend a hand where necessary in order to ease their situation.

Earlier in his Speech, the spokesman of the team Mr. Deshi Zingak Nengak expressed his gratitude to Executive Secretary for his all inclusive Leadership and stated that the collaboration of the Commission and Dynamic prosthetic would only amount to the alleviation of Persons with Disabilities, especially the Amputees.

He disclosed that the proposed briefing is aimed at adding value and support base for over 500 Amputees who have received prosthetics for free from Arise and Walk Christian Ministries.He further stated that the conference is also expected to reveal how best to meet the needs of these PWDs and ameliorate their situations.