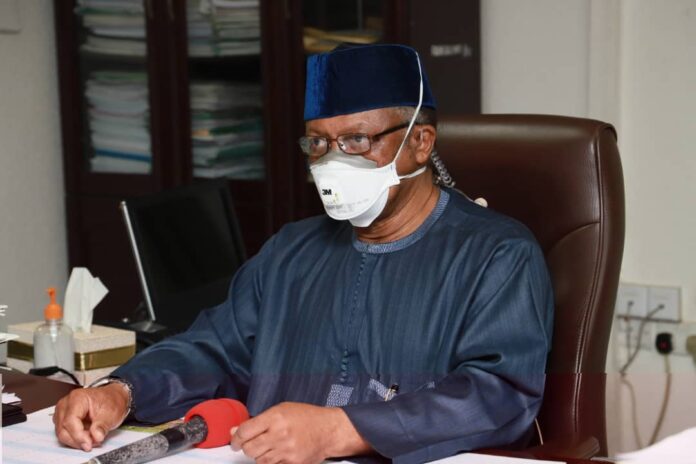 Minister of health, Dr. Osagie Ehanire, has explained that leprosy, one of the neglected tropical diseases (NTD) in Nigeria, is still much around in the country, ravaging communities, in spite of the significant improvement in case detection and treatment.

He affirmed that symptoms of leprosy could take as long as 20 years to appear in the human body and the disease mainly affects the skin, peripheral nerves, mucosa of the upper respiratory tract, and also the eyes.

He stated that leprosy was transmitted via droplets from the nose and mouth during close and frequent contact with untreated cases, adding that untreated leprosy could lead to life-long disabilities affecting the skin, nerves, limbs and eyes.

Speaking at a press conference to herald the 2022 World Leprosy Day, the minister stated that leprosy was still a public health problem in Nigeria, as the country was among the few nations in the world still reporting greater than 1,000 new leprosy cases annually.

He said the report of the 2015 National Leprosy Review indicated that 18 states were still endemic for leprosy, even when anecdotal evidence suggested pockets of leprosy endemicity in almost every state of the federation.

The minister, however, confirmed that Nigeria was among the countries that attained the World Health Organization’s elimination target of less than one leprosy case per 10,000 populations at the national level in the year 2000.

He added that the number of new cases detected annually significantly dropped from 7,827 in 1994 to less than 2,000 in 2020, and over 33,000 leprosy patients, including adults and children, have been treated successfully from 2009 till date.

Ehanire stated that all 774 local government areas in the country have at least one multi-drug therapy (MDT) clinic for managing leprosy patients.

“Twenty-five referral/rehabilitation centres for persons affected by leprosy have been established nationwide, while the National TB, Leprosy & Buruli Ulcer Training Centre (NTBLTC), Zaria, was established to undertake human resource development as it relates to TB, leprosy and buruli ulcer control,” he said.

The minister said government would intensify leprosy prevention, case finding and management through the development of a new National Strategic Plan for Leprosy Control after an extensive review of the leprosy situation in Nigeria.

In addition, he promised that they would collaborate with ministries, departments and agencies to ensure full implementation of the Discrimination Against Persons with Disabilities (Prohibition) Act at national and sub-national levels.

He said the Federal Government would sustain engagement of professional associations and regulatory bodies with a view to mainstreaming leprosy control in the curriculum of pre-service and postgraduate health institutions, also ensuring full implementation of the recently developed case management NTDs plan. SUN NEWS