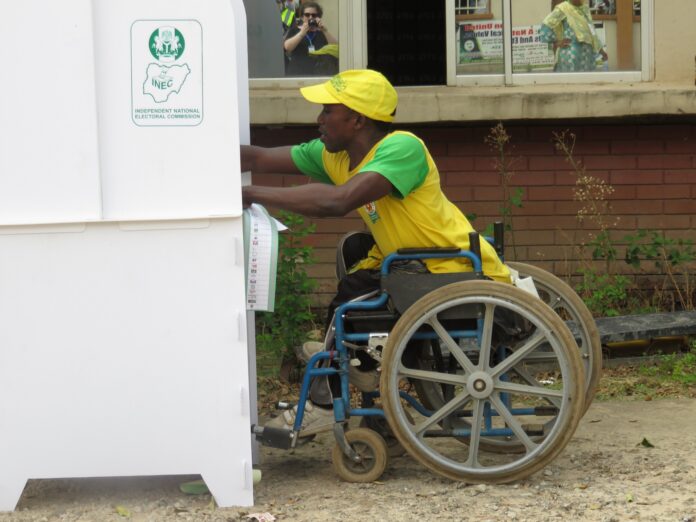 The Independent National Electoral Commission (INEC) said the ongoing continuous voter registration (CVR) has hit 8,564,512 as at 7am on Monday, April 25.

INEC disclosed this in its weekly CVR update for quarter four, week two, released on Monday in Abuja.

The commission, however, noted that only 5,111,899 registrants out of the figure completed their registrations. It said 2,228,913 people registered via online and 2,882,986 through physical registration.

The electoral body added that the gender breakdown of the registrants that completed their registration comprised 2,537,932 male and 2,573,967 female.

The CVR update further revealed that INEC had received 15,071,668 applications for voter transfer, requests for replacement of Permanent Voter Cards (PVCs) and update of voter information records, among others.

Last week, INEC Chairman, Mahmood Yakubu, had declared that 1,390,519 registrations in the first and second quarters of the CVR exercise were invalid due to double registrations.

Yakubu said that the figure represented about 45% of completed registrations nationwide, adding that “This infraction happened in all states of the Federation. No State is immune from it. These invalid registrations will not be included in the Register of Voters.”