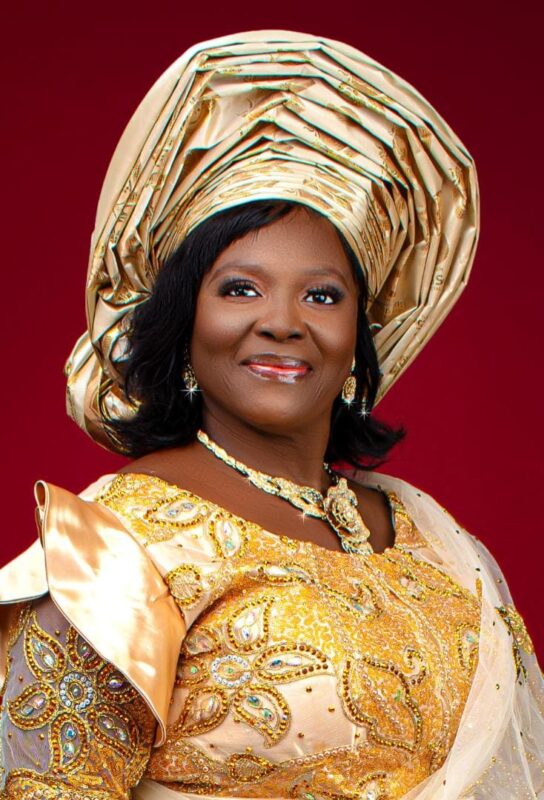 The former military leader urged the youths to go ahead with his ambition, saying: “All you need to do now is to go out there and mobilise people of like-minds and age groups. A lot of us, when we entered politics and governance, were about the same age as you.”

A frontline female politician, activist and Presidential candidate of Mass Action Joint Alliance (MAJA) in 2019, Prof. Funmilayo Adesanya–Davies lauds Women for Equity and Fairness Organisation of Nigeria (WEFON) on the need to create more opportunities for women and youths in the nation building and Nigerian politics.

This is as Mrs Atinuke Babs-Olorunkemi, the zonal President of WEFON has canvassed the need to create more opportunities for women and youths participation in the nation building. Babs-Olorunkemi made this known at a programme organised by a non-governmental organisation, Stage for Women Development Initiative (SWDI), on Saturday in Lagos.

Speaking on the theme of the event which is: “Mobilising The Unreached For Inclusive Democratic System In Nigeria, she says “There’s no gainsaying the fact that women and youths play prominent roles in nation building. “Women have role to play not only in public service, but also in public administration, politics and nation building in general.

“Women participation in nation building is an important ingredient in achieving an equitable, peaceful and more prosperous society,” Babs-Olorunkemi said. Adding that, “the that lack of inclusiveness in a political system is an infringement on fundamental human rights.”

Babs-Olorunkemi described youths as change agents who must be included in the affairs of nation building. “She called for one per cent inclusion for Persons With Disabilities (PWDs) at the National Assembly.”

“INEC also needs to make adjustments by making adequate provision for personnel that can assist PWDs to perform their civic obligations at the polling units,” she said.

“Women can also make better leaders due to the innate managerial and administrative skills, which they can utilise to turn the nation around for good. Please let us encourage women; if women are voted en masse in the upcoming elections, other women will be encouraged to participate more actively in politics and affairs of nation building,” she admonished, noting that “the Initiative is an offshoot of women entrepreneurs organisation of Nigeria.”

Mrs Hilda Nwachukwu, the founder of Initiatives For Sustaining Gender Empowerment, called for more commitment and active participation in order to make an impact as a women advocacy and empowerment coalition.

“Women have been docile for too long; we should wake up and take up the initiative. We have more leadership and administrative skills and can do better than men if given a chance,” Nwachukwu said.

Also, Mrs Vivian Emesonu, a member of the NOG, advised electorate to vote wisely in the upcoming 2023 general elections, explaining there’s a lot we can do; it’s not about the party, it’s about voting for the candidate with the right policies,” Emesonu said.