Kaduna: Disability and Faith Organizations Call For Peace In Nigeria 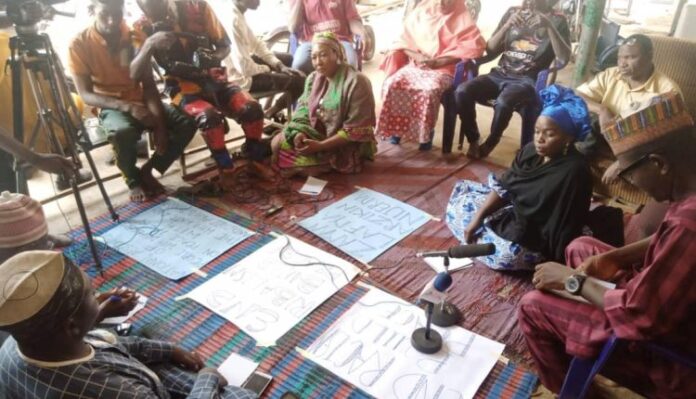 Concerned Faith base Inter-religious Dialogue Organizations and Beyond the Border Of Disability in Nigeria, the Eye Opener and other religious leaders have called for peace in the country.

They made the call ahead of the commemoration of the 2022 International Day of Peace during a 2 day round table discussion for women and people with disabilities in the state which aimed at bringing an end to challenges associated with discrimination, ethnic religions, political crisis, banditry and terrorism.

Margaret Julius, the National President of the Eye Opener said that the organization deemed it fit to organize such a dialogue discussion for women and people with disabilities to mark.

She said that there was a need to promote peace and harmony to all humankind in the universe including the persons with disabilities and other forms of deformities.

“It is important to know that peace is something very important to the existence of all humans, irrespective of tribe, religion, region, or race among others.

Margaret mentioned that people with disabilities are also stakeholders in peacebuilding and conflict management and prevention,  and hence the need to be involving them in issues related to mitigating conflicts and crises bedevilling peace and stability in the country.

Responding also is the National President, National Association of Persons with Physical Disabilities in Nigeria Rilwanu Abdullahi emphasized on the need to strengthen Christians and Muslims’ relationship in the 19 northern states of Nigeria.

He stated that persons with disabilities have a role to play in making Nigeria great and a better place to live.

“Persons with disabilities would offer special prayers for world peace, cause God to respond to their prayers faster

“We would equally pray to almighty God to bring an end to banditry, kidnapping, and terrorism attacks affecting all the economic and educational sectors in the country

“What the country needed most now, is ceaseless prayers for peace and unity.”

The International Day of Peace is observed annually around the world on 21 September.

The UN General Assembly has declared this as a day devoted to strengthening the ideals of peace, by observing 24 hours of non-violence and cease-fire.

This year the United Nations (UN) decided, that “End racism, build peace,” will be the theme of the International Day of Peace.