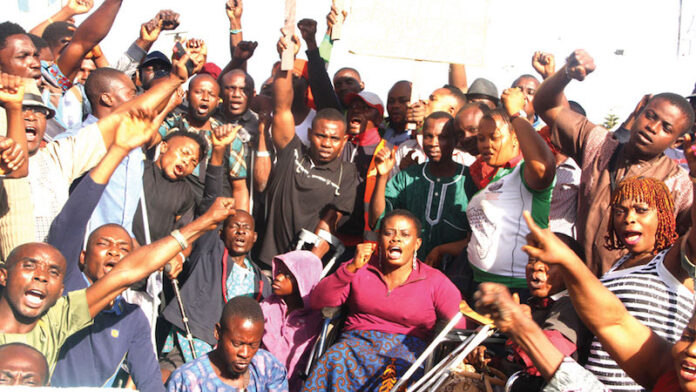 To be vulnerable in the world today is to be a victim and to be a victim is to be vanquished or to stand in great danger of becoming vanquished. In an increasingly hostile world where increased cutthroat competition for increasingly scarce resources has succeeded in creating a world where only the fittest survive; those who are `able’ struggle for space and sight in the world leaving behind those who are ‘disabled’ because life has contrived to deprive them of one of their senses.

The world is in a haste and it is a haste that sadly leaves many people behind especially those who are just more vulnerable than others to the whirligig of life as it tosses people endlessly around. In a world where those who have legs struggle mightily to get away from the cyclones that chase, what are those whose legs have been ripped apart by  different factors to do?

Disability is simply defined as a physical or mental condition that limits a person`s movements, senses or activities. In Nigeria, there are a lot of people with disabilities. A lot of these people in spite of the lacerating questions life asks of them hardly lament their lot; they hardly live on the edge either; they hardly ever find their way to the lagoon. What they do is that they confront the difficulties they face every day with a lot of courage and dignity even in the face of overwhelming discrimination.

But to what extent have these policy and law been given filed teeth with which to bite those who discriminate against people with disabilities given that Nigeria is a country of a legion laws but very little implementation? How much visibility do people with disabilities enjoy in Nigeria? Given that they may not always be perfectly placed to fight for the opportunities available to other members of the society, how much space is given them to fully and freely participate in national life as well as contribute their quota and express themselves?

It is not really about throwing a pity party as it is about access and equality. It is about recognizing that there is ability in disability after all and giving persons with disabilities every opportunity to feel safe and secure in Nigeria.

Protecting people with disabilities from all forms of danger and discrimination has become a question of justice too and one which feeds off instruments and actions that can actually create a more holistic and humane society where everyone matters not just facilely but deeply.

As with protecting women and children, so it is with protecting persons with disabilities. It is not enough to pay lip service to efforts to improve their lot within the country. Such efforts must be seen to bear actual fruits if Nigeria is to successfully build a society where everyone matters.

Calls Mount For Nigerian Airports To Be Made More Accessible