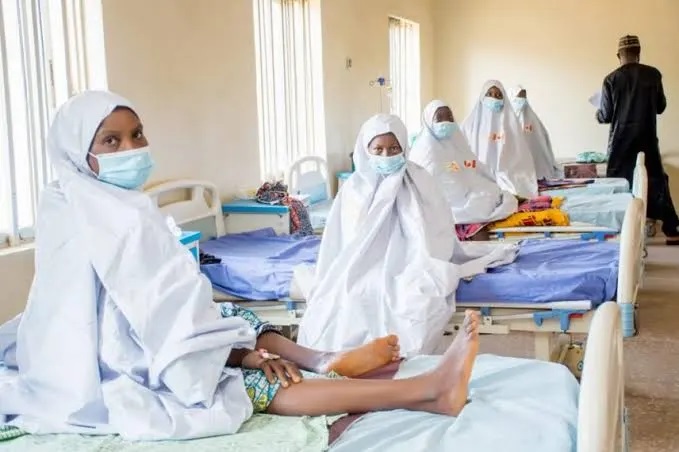 A cross section of women suffering from Vesicovaginal Fistula (VVF) in Sokoto on Tuesday expressed happiness over free surgery conducted by Fistula Foundation Nigeria (FFN) to fix the problem.

The women also urged other fistula patients across the country to come forward and access free services, as the condition can be repaired through surgery.

VVF is an abnormal opening between the bladder and the vagina that results in continuous and unremitting urinary incontinence.

The entity is one among the most distressing complications of gynecologic and obstetric procedures, where a woman develops a hole between the birth canal and the bladder or rectum after a prolonged, obstructed labour without access to timely medical treatment.

However, the condition can be repaired through surgery.

The FFN, therefore, with support from the UN Population Fund (UNFPA) conducted free surgery in Sokoto between May 23 and May 27, where 28 patients got relief and were currently recuperating at the Maryam Abacha Women and Children’s Hospital, Sokoto.

The surgery was funded by Global Affairs Canada, the department of the Government of Canada that manages the country’s diplomatic and consular relations and humanitarian assistance.

The FFN Director, Mr Musa Isa, told NAN that the repair surgery was in commemoration of the 2022 International Day to End Fistula, annually marked on May 23 around the globe to raise awareness about VVF, with a view to finding solution to it.

The day had “End Fistula Now: Invest in Quality Healthcare, Empower Communities” as its theme for 2022.

Isiya said she was married off at 13 years, and started running urine (Fistula) during her first child delivery at Bena Hospital in Zuru Local Government Area of Kebbi.

She said “I delivered after two years of marriage, as I am now 15 years; Bena Hospital charged N40,000 for my treatment, my husband paid N20,000 and my family members contributed the balance of N20,000.

“My condition was disturbing, I couldn’t control urine but now I feel relieved after the surgery, I urged other patients to come forward as no money was collected from us and we enjoyed encouraging words from the medical workers.

“When I fully stabilise, I will return to my husband’s house, interact with my relatives and engage in all social and economic activities in my village.”

She thanked FFN and UNFPA for the free treatment, noting that after recovery she wanted to start business to support her family.

Another patient, A’isha Sa’idu, 18, from Bena village in Zuru Local Government Area of Kebbi, on her hospital bed, also told NAN that she was unable to control urine after her first child birth in 2021.

Sa’idu said her husband is a farmer and among those that suffered bandits attacks and the challenge affected him economically and he could not sponsor her treatment.

She said that she was first treated at Bena village, but when she got the information of the free treatment in Sokoto, she decided to go “and thank God I feel much better today.”

“I was engaged in groundnut cake making business in my village and the business is lucrative. However, because of the fistula, I stopped. I am excited with the free treatment and I thank the organisers. I wish to return to my village and continue with my business.”

Malama Hadiza Yusuf, a patient from Gandi village in Raba Local Government Area of Sokoto State, told NAN that she came to the hospital for follow-up because she also received free VVF surgery three months ago.

Yusuf, 50, said she contracted VVF after her 10th child birth, adding that all the previous nine child deliveries were in her village and safe.

She said “I was at our health post for hours when I went to deliver my 10th child and complications resulted to VVF.

“I learnt of the free treatment from those that suffered VVF and got treated at Maryam Abacha Women and Children’s Hospital Sokoto.

“I was a food vendor in my village but had to stop because of the VVF. With this free surgery, I feel better now and just waiting for six months to restart my business as directed by the doctor.”

Mrs Angela Azu, the Nurse in charge of the Fisula Ward at the Maryam Abacha Women and Children’s Hospital in Sokoto told NAN that 30 patients were initially scheduled for the free surgery but two were dropped because oone voluntarily withdraw, while one was not stable.

Azu said the team of specialised doctors, nurses and other auxiliary health workers conducted the surgeries and patients were all responding to treatment.

The nurse attributed the increase in cases of fistula to poverty and ignorance, as may families especially in rural settlements could not transport pregnant women to hospital in time during childbirth.(NAN)