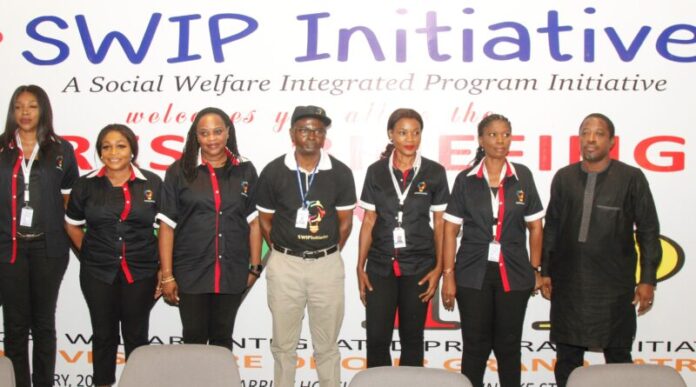 A group, Social Welfare Integrated Program Initiative, SWIPI, has launched an initiative designed to bridge the identified gaps in social welfare practice in Lagos State with the main objective of achieving a society that looks after the least vulnerable people.Speaking at a media chat on the formal launch of the initiative scheduled to hold in Lagos on Thursday, Chairman of SWIPI, Dr. Kolawole Ajayi, said SWIPI would be intervening critically to assist orphanages, elderly care homes, children, People With Disabilities(PWDs), notably in the areas of infrastructure, medical, education, nutrition and training needs.
​
Ajayi, who addressed the media alongside key officials of SWIPI, said the organization was conceived from the need to standardize social welfare practice in the society and intervene where necessary to help the needy.

According to him, “The plight of the most vulnerable in society is a collective responsibility that falls on every global citizen. SWIPI has stepped in to fill some of the gaps that are prevalent in the care and management of vulnerable people in our society.

Ajayi, who has been a paediatrician for more than 30 years, said SWIPI was also working towards ending the stigmatization associated with children with special needs, especially from the point of view of families hiding such children, adding: “What we are doing is to identify them, link them up with orphanages with expertise to care for them, and then commence some kind of management.”
​
Also, speaking, a member of the group, Valerie Ekperigin, said SWIPI was working in collaboration with state agencies, especially the Ministry of Youth and Social Development, and counting on the support of other stakeholders to achieve the set objectives.