HomeHEALTHSAVE A SOUL: A woman with disability, an orphan seeks N3m for...
HEALTHNEWSWOMEN WITH DISABILITIES

SAVE A SOUL: A woman with disability, an orphan seeks N3m for surgery 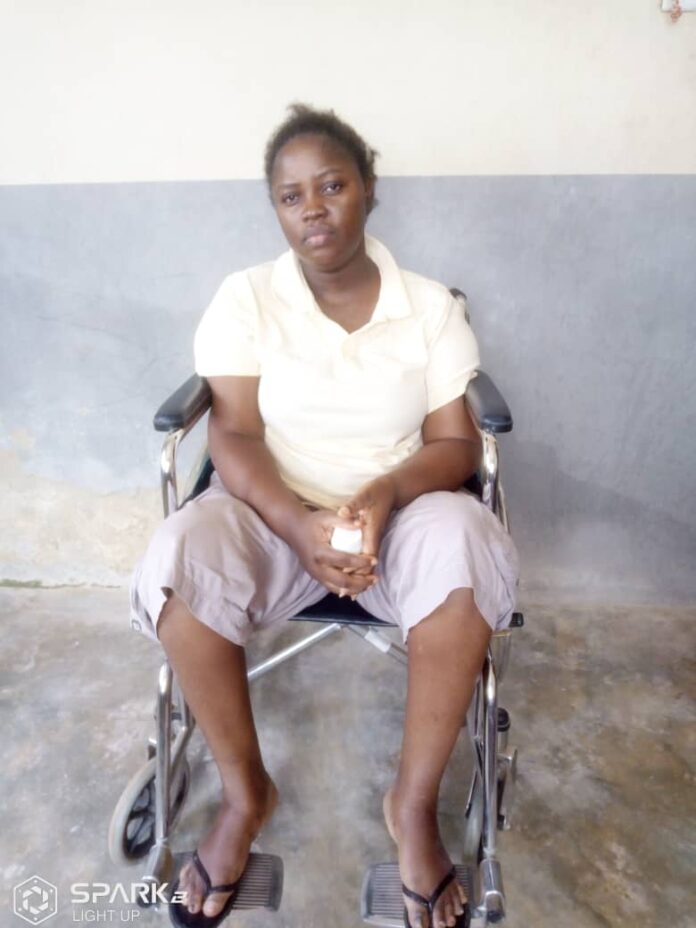 A 43-year-old woman with disability, Miss Bosede Elewa, who was recently diagnosed with a pelvic inflammatory disease and Ovarian cyst, has sought help from the public to raise funds for her continuous treatment and to undergo surgery to correct her blockage nervous in her entire body.

It was gathered that Elewa, who is an orphan had been battling with an ailment of central nervous disorder for the past 15 years.

It was learnt that the ailment started when she suddenly noticed difficulty in her movement and general body pain especially at the lower part of the body, which later degenerated to the total loss of her limbs which resulted into her inability to walk and necessitated in her disability which left her to depend on helpers and caregivers before she could do anything.

She was said to have been diagnosed with the condition at the Obafemi Awolowo University Teaching Hospital, Ile-Ife following many years of general body pain which left her both hands and legs paralyzed.

A medical report obtained by our correspondent revealed that she would need a total sum of about N3 million for her treatment and at the same time requires fund for her visit to the Ondo State Teaching Hospital, Akure for weekly physiotherapy.

Miss Elewa, a graduate of Economic Social studies from College of Education, Ila-Oragun, Osun State, who spoke with our correspondent from her sick bed said, she has been in a life threatened pain for years and she has no one to help her financially.

“I beg well-meaning Nigerians, philanthropists and corporate bodies to kindly come to my aid and save my life”.

“Being an orphan, I used to be a hard-working woman prior to my medical challenges, dedicated to my studies hoping to become a great and successful woman before my disability condition crept in. But now, my dream has been shattered, as I cannot even raise any part of my body or my both hands and legs.”

Her brother, Mr. Adebowale Akintade pleaded with well-meaning Nigerians for help. He said “My sister is really going through a lot of pain and I do not want to lose her because the ailment is now threatening her life since there is no money to fuel her treatment. Nigerians should please assist us.”

“Being a member of the National Association of Persons with Physical Disabilities (NAPWPD), Ondo State Chapter, the association had tried to get her drugs when she was critically sick recently, but they could not foot her huge medical bill to take care of the nervous disorder problem she is having”.

One of the doctors in charge of her treatment who pleaded anonymity confirmed the state of her condition to our correspondent.

He said, “Elewa is in needs of surgery and also a weekly physiotherapy, and her case requires urgent treatment due to the long neglect in seeking medical intervention.

About Ninety per cent of her arteries are already blocked, while some blood carriage veins does not allow free flow of blood into some parts of her body which is dangerous for her health”.

“This surgery will help in clearing those blocked arteries, and ensure a free flow of blood into other parts of her body”.