Agro-firm gives cash to 1700 farmers including PWDs in Kaduna 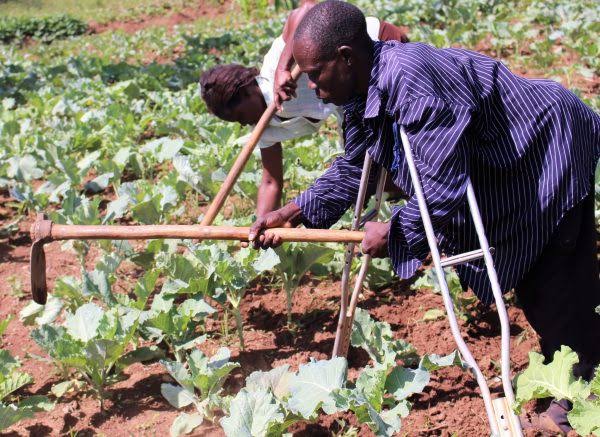 In Kaduna State, the Agro-Processing Productivity Enhancement and Livelihood Improvement Support program has provided financial assistance to at least 1,700 farmers, including people with physical disabilities.

After an interactive session with beneficiaries, Muhammad Bashir, the Kaduna State Chapter of APPEALS’ communication officer, observed that the session was intended to assist the state’s service providers in guiding the beneficiaries on the process.

According to APPEALS, the goal of the cash assistance was to empower the recipients to start small, agriculturally linked companies and to enable them to work for themselves. The project’s officials also stated that they were committed to making good use of the funding.

Haruna Abubakar and Rukayya Aliyu, two representatives of people with disabilities who are also program participants, promised to apply what they have learnt to the growth of the agriculture industry.

They also praised Nasir Elrufai, the governor of Kaduna State, and his team for helping the state’s disabled residents become self-sufficient.

In addition to receiving assistance with registering their firms with the Corporate Affairs Commission, the individuals with disabilities received training in business development services.

Dr. Yahaya Aminu, the APPEALS project coordinator, noted that the 1700 beneficiaries of the initiative’s support for women and young people included the 100 people with disabilities.

“It is inline with the social inclusion and social safe guard policy of Kaduna State Government to support them,” he said.

Also, the Deputy Director of Kaduna State Disability Board Affairs, Hassan Suleiman, said that the cash support will enable the PWDs to participate in agricultural businesses and would go a long way to make them stand on their own.

“Developing mental and physical capacity of PWDs would take them off the streets and make them among the employers of labour.

“I assure that the beneficiaries would fully utilise what they have learned during the training to improve their income, to get acceptance in the society and also be equal with anyone in their communities,” he added.