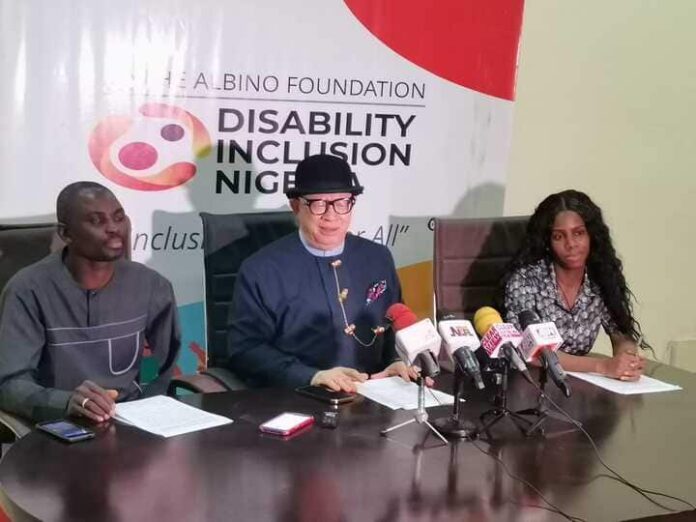 People with disabilities in Nigeria constitute about 25 percent of the country’s entire population according to recent statistics Speaking on behalf of the disability community in Nigeria, the Albino Foundation has tasked political parties to carryout inclusive campaigns Campaign in public by political parties will officially commence on Wednesday, September 28 as provided by Section 94(1) of the Electoral Act 2022.

FCT, Abuja – Ambassador Jake Epelle, the founder of Albino Foundation, has advised candidates and political parties in the forthcoming 2023 general elections to ensure an inclusive campaign in all their programmes. Epelle warned the parties not to take the votes of the 16 million people with disabilities (PWDs) in the country for granted, adding that the disability community has the numbers to change the outcome of the elections at different levels.

He said that campaign materials should be produced in accessible formats to reach different clusters of PWDs; the visually impaired and persons with albinism among others.

He said that as enshrined in the 2018 Disability Act, political parties should ensure that locations and settings for meetings and campaign activities were accessible to all PWDs, including party offices.

He also said the disability community would not give up in demanding for a non-discriminatory and inclusive appointment of INEC Resident Electoral Commissioners. While commending the efforts by the Independent National Electoral Commission (INEC) in ensuring that disability issues are mainstreamed into the electoral processes, Epelle urged political parties to support disability inclusion in politics saying:

“To become more competitive, it is important for parties to adopt practices that increase the inclusivity of underrepresented communities. “These actions will help build and maintain a broader base of constituent support and earn citizens’ trust”.

“INEC has taken steps to remove barriers that restrict full participation of PWDs as voters and several measures have been put in place to ensure that persons with disabilities are included in the country’s electoral processes”.

“While we commend INEC’s effort in engendering an all-inclusive political process through the development of a framework on access for PWDs, we urge political parties to adopt and improve on it, for a broader participation targeted at persons with disabilities, to have a meaningful voice in the political and electoral processes.”